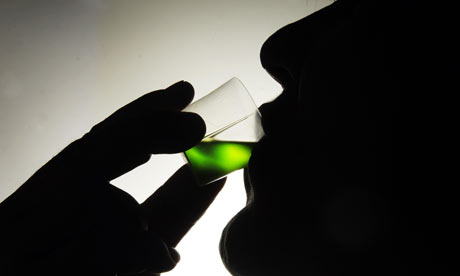 A member of the public takes his prescription of methadone at a Houlihan pharmacy in Glasgow. Photograph: Danny Lawson/PA Archive/PA Photos

The policy of giving problematic drug users the heroin substitute methadone – a cornerstone of official efforts to cut the huge amount of crime linked to illicit substance misuse – is being criticised as a waste of money that does little to wean people off drugs and leaves too many of those receiving regular doses of the green liquid living "half-lives".

The fact that David Cameron, during last week's televised party leaders' debate, voiced his concern that too many problem drug users do not manage to shake off their addiction shows that the issue has attracted attention in high places.

A coalition of opponents of methadone maintenance includes the Centre for Policy Studies rightwing thinktank, leading drugs researcher Neil McKeganey and, most ominously for the vast majority of workers in the drugs field who are pro-methadone, many senior figures in the Conservative party.

There are an estimated 330,000 people in England alone who are addicted to heroin, crack cocaine, or both. They are extremely challenging, cost the country an estimated £15bn a year, and commit an estimated £13.9bn of crime annually. A record 200,000 of those 330,000 are in treatment, which usually involves methadone. Drug treatment has expanded in recent years, with around 11,000 drugs workers in England and at least 1,000 drug projects across the UK, variously funded by the NHS, councils, the police, charities or combinations of some of them. Some £800m a year is spent on drug treatment, half of it by the NHS's National Treatment Agency for Substance Misuse.

The Tories want an overhaul of the system, with many more people going into residential rehabilitation and making a serious effort to become drug-free, and fewer being given methadone.

"Methadone maintenance is under the spotlight," says Martin Barnes, chief executive of DrugScope, which represents about 700 local drugs agencies. "There had been differences of opinion in the field for a while because some people weren't comfortable with methadone maintenance."

Their case has been bolstered by the cross-party public accounts committee, which two weeks ago issued a highly-critical report, called Tackling Problem Drug Use. It said that just 15,000 of 165,000 problem drug users who underwent community-based treatment last year emerged free of dependence. In addition, it said it was "unacceptable" that the Home Office had not properly evaluated whether key elements of its £1.2bn-a-year strategy to tackle drugs misuse in England actually worked, and did not know if that strategy directly reduced the huge cost of crime committed by addicts.

"The department [Home Office] does not know how to most effectively tackle problem drug use," the MPs said, before adding that "residential rehabilitation may be effective for those who have failed to 'go clean' in other forms of treatment". That is what the Tories want more of..

Partly informed by Duncan Smith's scathing critique of methadone, the Tories have in the last two years attacked the reliance on methadone to treat large numbers of addicts as "failed" and "wrong". Shadow justice secretary Dominic Grieve, for example, has claimed: "The government's approach of trying to 'manage' addiction is an admission of failure."

David Burrowes, a shadow spokesman on criminal justice, is one of the Tories who have been consistently questioning the cost and efficacy of methadone treatment, both in the community and in prisons. "It's not for me to cast moral judgments about whether methadone is wrong or right," says Burrowes, a former criminal solicitor whose interest in drugs policy developed from seeing clients with chaotic or ruined lives fail to kick drugs. "We need to look at outcomes, and the outcomes are just not good enough.

"The public expect that addicts have to get off their drugs, but too many end up parked up on methadone. They become dependent on it and end up not being able to contribute to their families or society. I've seen too many individuals on methadone who are living half-lives, and that's not good enough." Burrowes also claims that it does not cut crime – the main justification for the policy.

The Tories want much more effort put into getting drug-using offenders to go clean – what they call "recovery" – and their manifesto proposes abstinence-based drug rehabilitation orders. But some say that is a simplistic response to the complex problem of opiate dependency. Defenders of methadone point out that the policy was introduced by the previous Tory government as a vital harm-reduction measure.

Roy Robertson, an Edinburgh GP and ex-member of the Advisory Council on the Misuse of Drugs, is dubious that abstinence will work for many users. "Most governments have endorsed methadone treatment, not because they liked the implications that drugs are only controlled by this palliative method, but because there are few alternatives," he says.

Barnes argues that every drugs worker wants their clients to get clean, and the "maintenance v recovery" debate is a polarised argument that doesn't help anybody. "The evidence is that methadone is a very effective treatment for helping many people out of their chaos, such as cutting crime," he says. "It stabilises people and helps them re-establish relations with their family."

DrugScope is calling for a balanced treatment system tailored to the needs of the client, incorporating both maintenance and abstinence options.

It is hard to predict what a change of policy under the Tories would mean. While some addicts would accept a place in an abstinence-based rehabilitation centre, many would not. "If there's a shift away from methadone, and spending on services offering maintenance [through methadone] is cut, the danger is that drug users might vote with their feet and drop out of treatment or not come forward in the first place," Barnes warns. "It's a major attraction for heroin users going into treatment that they'll be offered a methadone script."

Disclaimer: The news story on this page is the copyright of the cited publication. This has been reproduced here for visitors to review, comment on and discuss. This is in keeping with the principle of ‘Fair dealing’ or ‘Fair use’. Visitors may click on the publication name, in the news story, to visit the original article as it appears on the publication’s website.

aarogya.com aims to be India’s leading comprehensive health information portal. The site has sections, which cover almost all the medical specialties and give useful information on various diseases. To enhance its reach, the content is available in Indian languages too. We were the first health website to introduce online support groups. Addiction support and Epilepsy support are examples of some very active and vibrant communities.

The We in Recovery is a project based on experience from the field. The project idea was conceived by Tushar Sampat of T-edge Solution Pvt. Ltd.

This is YOUR site, so if you have suggestions or feedback on how we can improve it for you, please let us know! We do our best to keep up!

“My name is Paulette Conners and I just had to send you an email thanking you since one of the pages on your site was very helpful!”